1/9 Scale Golden Commode from "Raiders Lost in the Dark"

When I discovered that Figures Toy Co. makes a Mego-sized toilet, I knew what had to be done:

1/9 Scale Golden Commode from "Raiders Lost in the Dark".

I met my good friend Bryan way back in the early 80s, a foreboding time of difficult change for me. We met at a Creation Sci-Fi/Comics convention, and, sharing a love of storytelling and all things geeky, became instant friends. A few years later, Bryan invited me to participate in his independent film "Raiders Lost in the Dark", a feature-length spoof of "Raiders of the Lost Ark". It was a blast.

The 80s were difficult, but I made some great, lifelong friends. Bryan is among the best. I made this custom as a 50th birthday gift for him. I truly hope it honors and celebrates our more than three decades of friendship. 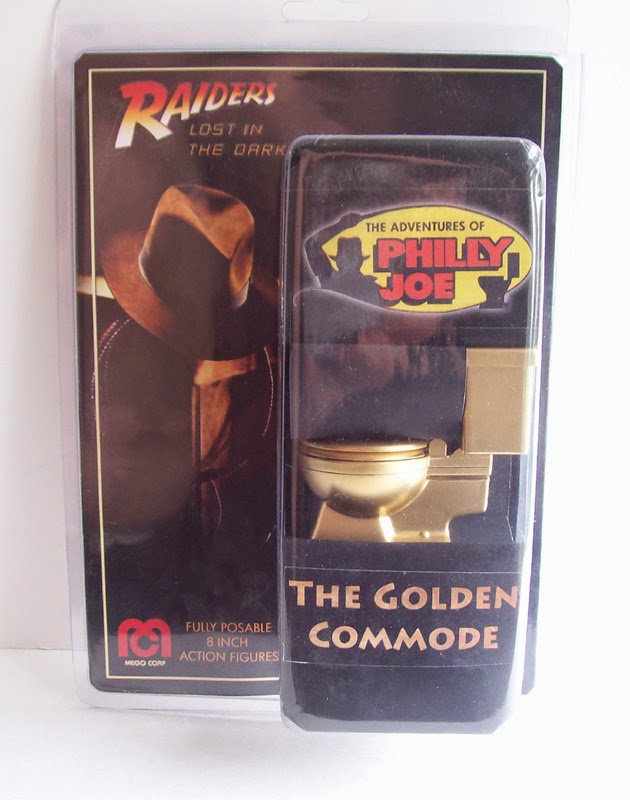 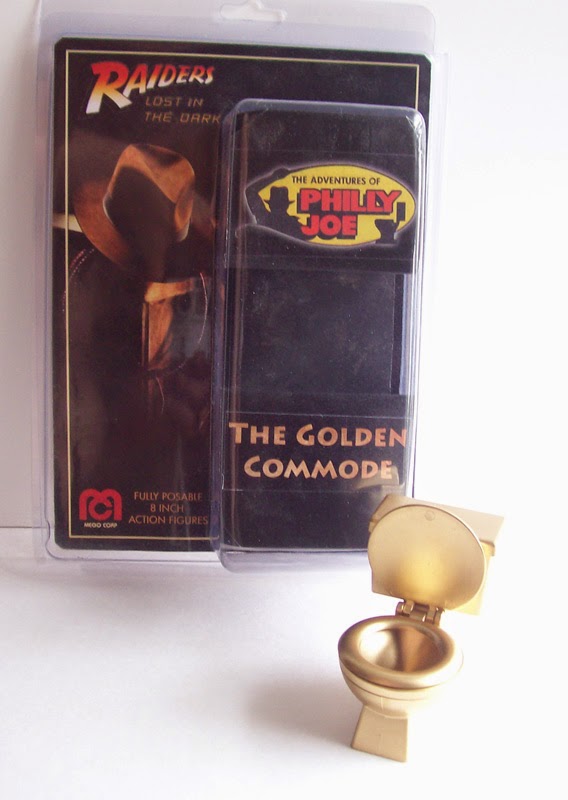 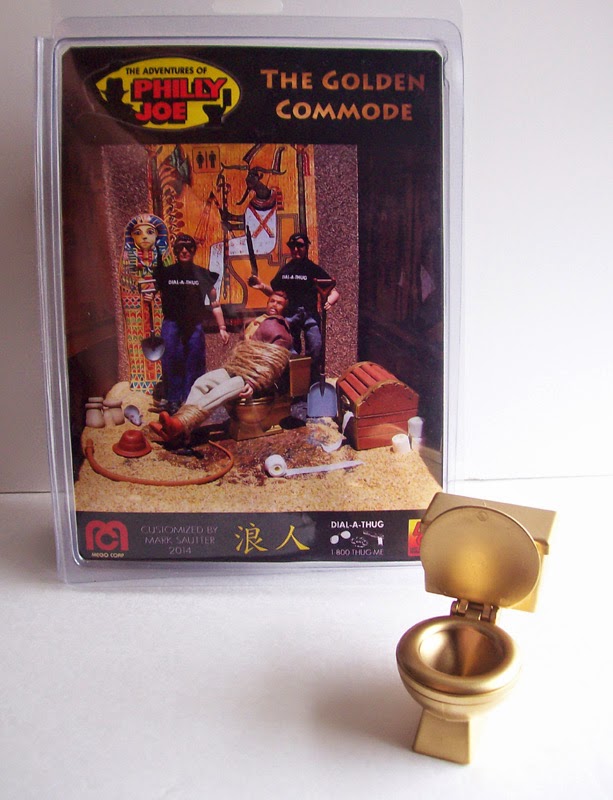 1/9 Scale Golden Commode with Card (Back)