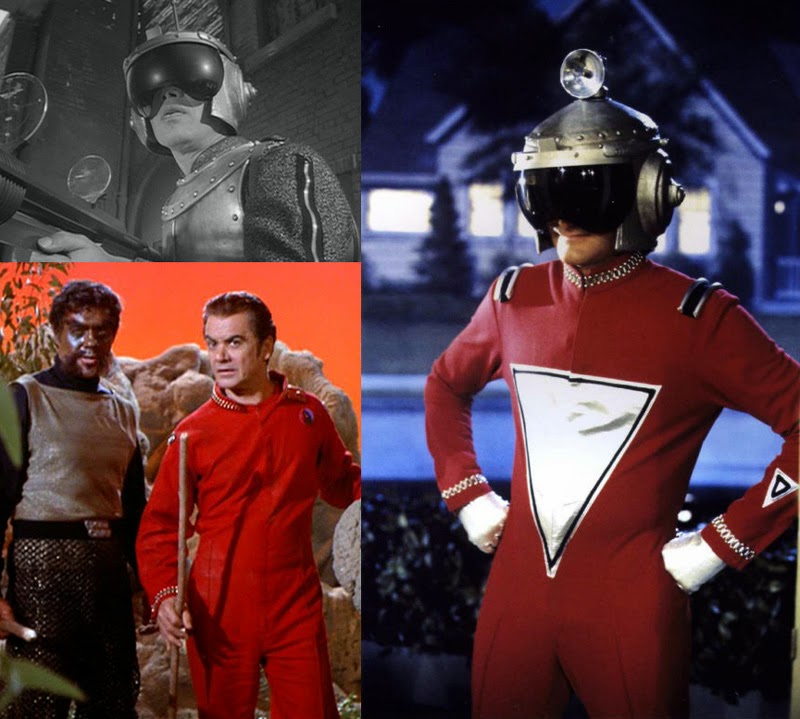 Some of my fellow geeks out there may already be aware of this, but here's something interesting I discovered while working on my Orkan Pilot figure.
I always liked Mork's Orkan outfit. I always felt that both the uniform and helmet have a classic Sci-Fi feel. Well, as it turns out, they don't just feel classic, they are classic. The uniform is re-purposed from "Star Trek". It was originally worn by Colonel Green in "The Savage Curtain". And Mork's helmet was originally worn by Michael Ansara as the title character of "The Outer Limits" episode entitled "Soldier".  That's one of my top three favorite "Outer Limits" episodes. No wonder I liked the Orkan outfit.
Posted by Markneto at 1:39 PM